WP No. 15 The Impact of Fiscal Consolidation on Inequality: The Case of V4 Countries The aim of this paper is to provide the first empirical evidence of the impact of fiscal consolidation on income inequality in V4 countries. Although the literature on income inequality and its various determinants is wide, there are still some areas in this topic, where the research is lacking. Different specifications of models imply that fiscal consolidation in V4 countries leads to an increase in income inequality. Results of our analysis suggest, that fiscal consolidation larger than 2 % of GDP has negative impact on equality in V4 countries, while this effect is stronger than the effects of our control variables { GDP growth, change in total factor productivity (TFP), change in trade openness, mean years of schooling and unemployment. Change in structural balance seems to have no effect on income inequality in the given countries. However, structural balance have surprisingly negative effect. We believe it is due to the structure of our data set, which contains only three observations with positive structural balance.

WP No. 14 Decomposition of wage inequalities: an input-output approach Growing interest in the analysis of interrelationships between income distribution and economic growth has recently stimulated new theoretical as well as empirical research. Since existing theoretical models propose inequality is detrimental to growth, while others point at income inequality as an essential determinant supporting economic growth. Measures such as head-count ratio for poverty index or widely used Gini coefficient are aggregated indicators without deeper insight into income distribution among the poor or the households. To derive an indicator accounting for income distribution among the income groups, we propose output oriented DEA model with inputs equal unit and weights restrictions imposed so as to favour higher income share in lower quantiles. We demonstrate the merit of this approach on the quintile income breakdown data of the European countries. Prioritizing lower income groups´ welfare, countries – e.g. Slovenia and Slovakia – can be equally favoured by the new proposed indicator while assessed differently by Gini index. Intertemporal analysis reveals a slight deterioration of income distribution over the period of 2007 – 2017 in a Rawlsian sense. In this study, technical efficiency of Slovak general hospitals was investigated. The well-known non-parametric Data Envelopment Analysis was used to compare performance of Slovak health care providers. Results are based on four slightly differentiated models. Both CRS and VRS variation with different input approaches were used. Our results suggest low average efficiency in Slovak hospitals in the range 0.45 to 0.62 with great variations in efficiency score between individual Decision Making Units (DMUs). These results are relative without appropriate cross-country comparisons. Furthermore, in type of hospital entity there is no significant difference in efficiency score. However there is not a single efficient DMU in a group of municipality hospitals. Although, these results must be taken with caution due to questionable quality of data, this paper provides some valuable overview on technical efficiency of health care providers.

WP No. 11 Input-Output Analysis of Deindustrialization and Outsourcing The paper deals with the topic of deindustrialization as a process of a decreasing relative importance of manufacturing. While the decrease of manufacturing in major developed and developed economies is undeniable, the developing and newly industrialized economies are starting to experience this phenomenon as well. The results of the paper show that the so-called premature deindustrialization is mainly caused by outsourcing. Furthermore, the data suggest the existence of an upper limit of outsourcing for major developed economies. In these economies, the decrease of manufacturing is more likely caused by other relevant factors. Last but not least, a few transition economies face to a slightly decreasing value of outsourcing on a much lower level. This could be explained by a fragmentation of the entire value chain across the European Union. The empirical results are based on the Input-Output methodology, the observation period of fifteen years from 2000 to 2014 and a sample of 43 countries.

WP No. 10 Market Structure and Competition in the Health-care Industry: Results from a Transition Economy In the present paper, we analyse determinants of labour elasticity in V4 countries. While the standard approach relies on the parametric estimation of labour elasticity coefficients, we employ a novel approach based on structural decomposition analysis. This allows us to identify several determinants that mitigate the effects of economic growth on employment. We decompose the overall change in employment into the contribution of six factors: changes in labour productivity, changes in import of intermediate products, changes in the structure of production, changes in the final demand structure by industries and by sectors, and a change in final demand volume. We show that besides generally accepted influence of labour productivity growth on employment other factors such as structural changes and changes in final demand played an important role in employment changes. These results shed some light on low labour elasticity in V4 countries that goes beyond the simple labour productivity growth argument.

WP No. 8 Eco-efficiency and convergence In pursuit of welfare, environmental issues constitute one important dimension to be taken into account in assessing the welfare along with the economic and social indicators. There has been a lively discussion about measures of social welfare beyond GDParticulated by Stiglitz Report (Stiglitz et al, 2009) which can be viewed as a summation of the earlier efforts to deal with those challenges. This study concentrates on environmental aspects of economic growth in European countries and the changes undergone in the period of 2000 – 2010. Time series of obtained eco-efficiency scores from SBM models were used to infer on the s- and β-convergence analysed in line with the classical econometric approach. Results suggest that except of the post crisis disruption a process of convergence with respect to eco-efficiency has been taking place in European countries. There has been a lively discussion about measures of social welfarebeyond GDP induced by Stiglitz Report (Stiglitz et al, 2009) which can be viewed as a summation of the earlier efforts to deal with those challenges. Environmental indicators constitute one important dimension to be taken into account in assessing the welfare along with the economic and social indicators. Employing non-parametrical approach, the Data Envelopment Analysis SBM model is extended for environment to measure the so called eco-efficiency. Resulting scores and benchmarks are used to decompose eco-productivity into factors attributable to changes in efficiency, technology, extensive factors of production, and emissions. Results suggest that in European countries in the span 2000 – 2010, an environment-saving rather than input-saving technology change has been taking place. 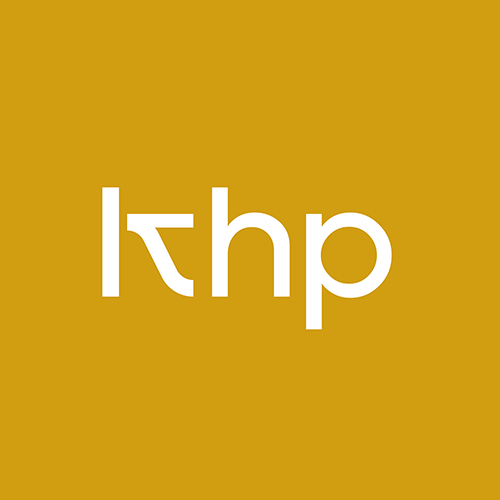